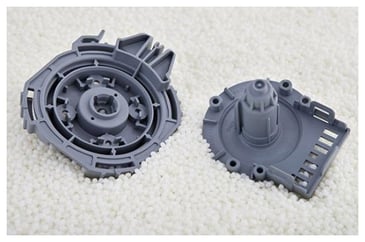 Thermoplastics vs. Thermosets
Thermoplastics are easily recyclable, compared to thermosets, because the polymer chain does not degrade when melted down. The weaker interactions between polymer chains break down at much lower temperatures than the chemical bonds between monomers, allowing thermoplastics to be recycled indefinitely until the polymers are broken down to the point that the material loses structural integrity.

Take for example brick and concrete. A thermoplastic is made of strong polymers, like bricks, with weak forces holding them together, like mortar. A thermoset is made of strong polymers that bind together and form one molecule, similar to concrete. Recycling or reforming a thermoplastic is like chipping out the mortar and re-laying the bricks. In contrast, a thermoset, like concrete, can never be broken down and reformed with the same strength. However, if individual bricks are damaged, relaying them will not restore the strength of the broken bricks, just as remelting a degraded thermoplastic will not restore damaged polymers. 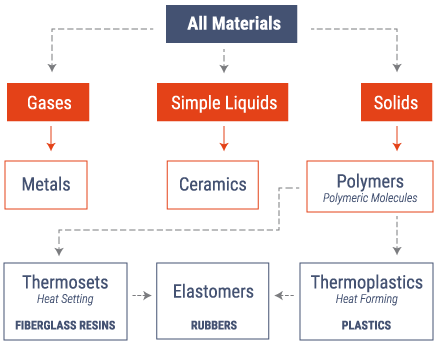 Tensile Tests
ISO 527 -1/-2 and ASTM D 638 are the technically equivalent, standardized test methods. However they are not fully comparable because of the difference in testing speeds. The modulus determination requires a high accuracy of ± 1 micrometer for the dilatometer

Flexural Tests
3-points flexural tests are among the most common and classic methods for semi-rigid and rigid plastics.