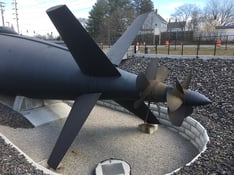 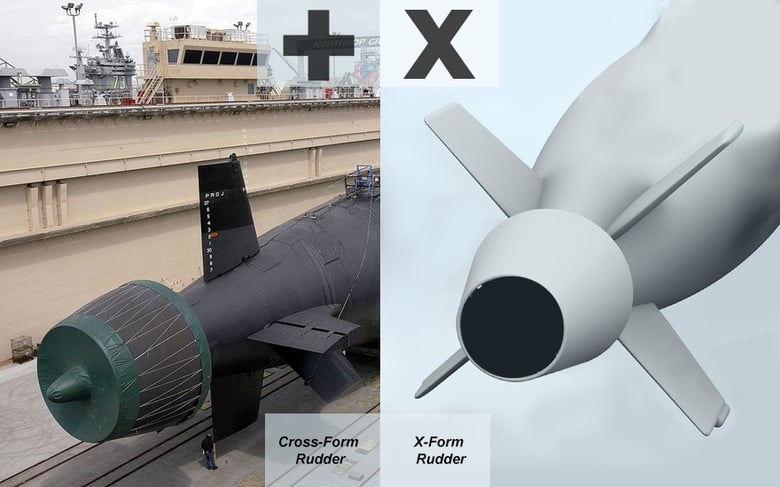 Firstly, as you may know most submarines have two basic ways to control their movements underwater. Like a surface ship, a sub uses its engines to create forward movement, and a Rudder to steer from side-to-side (yaw). To control its up and down movement (pitch), a sub traditionally uses two sets of diving Planes. One set of diving planes are positioned in the back (stern) of a sub, and the other towards the front (bow). If the planes located on the bow are attached to the sides of the sub they are simply called Bow planes, if attached to the sail, they’re called Sail planes (or Fairwater planes).

The stern planes are used for major course control to set the pitch of the boat either up or down. If you need to dive deep underwater fast- use the stern planes to point the front of the sub downwards. The Sail or Bow planes are used to allow a ship to gently rise or sink to an exact depth, while keeping the sub level. If you wanted to slowly raise your periscope above the surface of the water - use the Bow planes.

The “Cross” and “Ex” Design Forms

In the common “cross-shape” or cruciform design, the stern rudders are vertical and the diving planes are horizontal (see above illustration). The rudders are often linked together by a yoke, so they can both turn at the same time. Due to this yoking, each pair of rudders can be controlled by a single operating rod. The diving planes can also be joined by a single yoke or controlled separately for greater maneuverability.

An X-shaped stern control surface (hydroplane) design is more complex and uses four rods that interact with each other. There are no longer rudders for just for yaw, but rather four planes controlling yaw and pitch at the same time. Each plane has a separate operating control, and any change of direction uses all four rods moving in harmony.

Having four controllers is obviously a much more complex design than just one, which is part of the reason this system was seldom used in the past. In fact, the last US Navy submarine to use an X-Stern design was the experimental USS Albacore in the 1960’s. Today however, computers can easily make the proper calculations via a joystick, and the human controller doesn’t have to worry about what each individual plane is doing. The UK Royal Navy will also be adopting the X-planes on their new Dreadnought-Class SSBN design, and will share the common missile compartment (CMC) “quad-pack” concept with the Columbia-class as well. 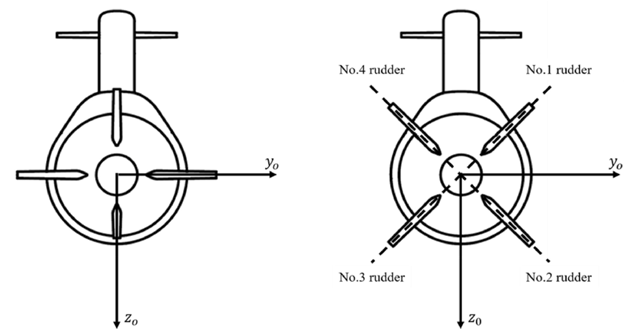 The Columbia-class was ultimately designed using the X-Stern configuration for several reasons. 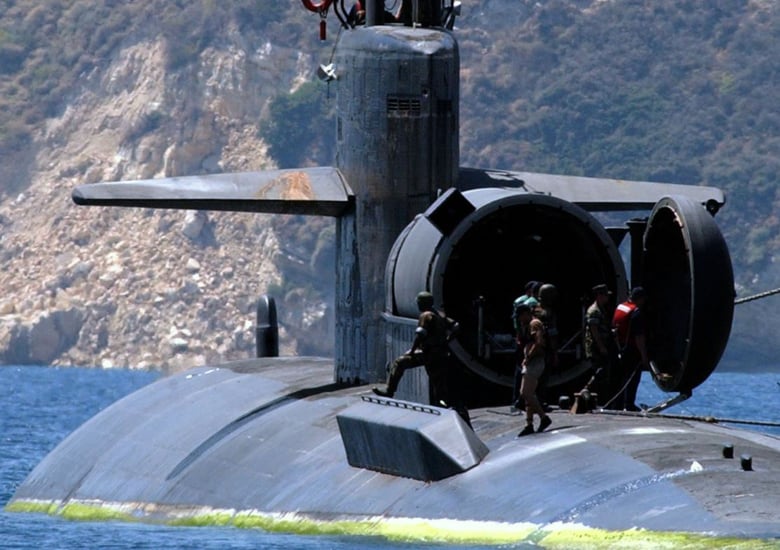 It’s worth noting that the Columbia-Class has also been designed to use Fairwater planes, instead of Bow planes. This might be due to its role as an SSBN ballistic missile sub and not an SSN attack sub. Attack subs such as the Virginia-Class tend to use Bow planes, possibly because Sail planes can cause issues with control when a sub is at periscope depth, and especially when surfacing in rough seas with high waves. Not having Sail planes also makes it easier to use their sail to break through heavy ice.

Current Ohio-Class SSBNs use Sail planes. These subs will disappear deep into the ocean for months at a time to remain hidden from detection, so maintaining an exact position near the surface is not a priority. In addition, having Bow planes causes extra noise for their bow listening systems. As the ability to “hear” their environment helps them be the ultimate underwater hunters, having Fairwater planes way up on the sail is the best choice for these Ohio-class Replacement Program (ORP) submarines. 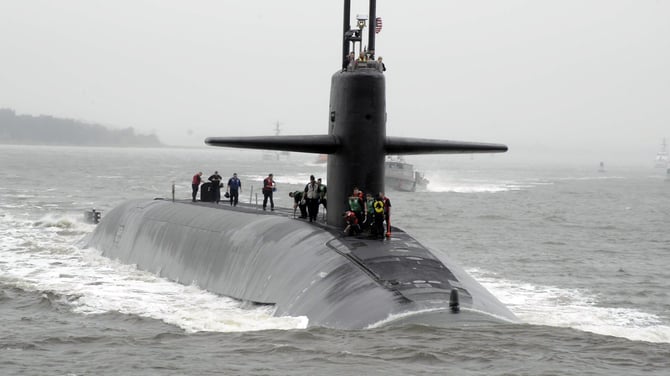 The Navy has designed the Columbia-class to be fitted with the most "up-to-date capabilities and stealth" to ensure they are survivable throughout their full 40-year life span, and remain ready, if necessary, for the precise delivery of nuclear warheads. In addition to improved control systems, the new SSBNs will have other cutting-edge features including: the latest pump-jet propulsor technology, a nuclear electric drive system, a super quiet reactor core, a new and improved sonar array, as well as an advanced special hull treatment. They are a worthy replacement for the current Ohio-class SSBN "boomers". If you define having an “X-Factor” as possessing a noteworthy special talent or quality, then the Columbia-class is certainly a winner.

Globe Composite Solutions for Defense, Submersible, and Marine Use