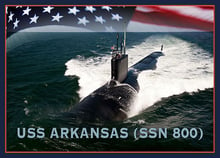 Anti-submarine warfare (ASW) carried out by surface ships, aircraft, and other submarines typically uses an array of sensors to detect the acoustic activity of enemy subs. It is not surprising then, that one of the main goals in submarine development has been devising ways to avoid the sub-hunters, by making subs quieter and more stealthy.

Like all mechanical vehicles, a submarine has an engine, gears and many moving parts that are almost impossible to keep fully silent. Even in “Silent Running” stealth mode, with many systems temporarily shut down or quieted, some level of mechanical noise is still produced and radiated out from the sub. One solution to reducing mechanical noise is to remove the entire mechanical system at the source.

For example, over the years engines have been acoustically decoupled from the hull. When noisy engines no longer had a direct metal connection to the propeller shaft they sent less acoustic waves out into the water. Electric engines and Integrated Electric Propulsion (IEP), have also become the standard, as they produce a much lower acoustic footprint. 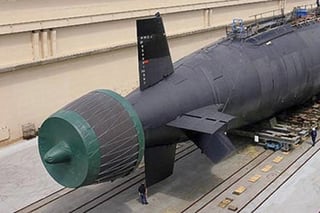 The US Navy currently uses Pump-Jet propulsion on a number of subs, including its Virginia-class fast-attack submarines. According to the U.S. Naval Institute, the Navy plans to incorporate the latest breakthroughs in water-jet propulsor technology on the new Columbia-class ballistic missile submarine currently in design. The Columbia-class subs may also have a reduced noise signature by switching to a new X-shaped stern control plane design. These design advancements will make the next generation submarine of the Silent Service even quieter.

Since 1997, Globe Composite has been designing composite submarine parts and has manufactured a wide variety of components to reduce the acoustic signature of U.S. Navy submarines as well as increase its capability to detect potential adversaries.  Globe also manufactures a variety of high-strength gaskets for submarine missile hatches and other critical components. Switching to composite parts lowers noise levels in many applications, as well as providing corrosion resistance and greater durability than metal, plastic, or rubber parts.