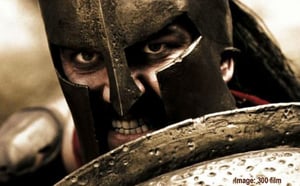 Since the 1979 Iranian Revolution, Iran has been based on the principle that Islamic Law (Sharia) should dictate all aspects of a person’s life. As a result, an Ayatollah (an expert in Shia Islamic law) was named Supreme Leader of Iran, and various Islamic jurists were put in charge of most governmental offices. The Ayatollahs have rejected the legitimacy of non-Muslim countries, as well as Arab countries in the Middle East who do not follow their version of Shia Islam.  The Islamic Republic of Iran has a history of conflict with the West and its Arab neighbors, while battling for control over the region.

A particular area of friction with Iran is the Arabian Gulf, a body of water between Saudi Arabia and Iran. The Arabian Gulf (also known as the Persian Gulf) is used as a shipping route by many countries, especially for transporting oil and gas. A third of the world’s liquefied natural gas and almost 25% of total global oil passes through the gulf, making it a very strategic location for international trade. 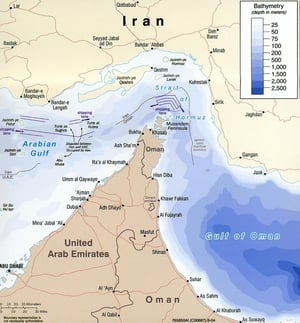 The Islamic Republic of Iran Navy (known as IRIN or NEDAJA) operates off the coast of Iran, from the Sea of Oman, through the Strait of Hormuz, and into the Arabian Gulf. When disputes arise between Iran and its neighbors, the Iranian Navy has used its surface ships to blockade entrance to the gulf, or even attack foreign commercial vessels.  Iranian forces also board and harass merchant vessel in international waters, as well as conduct mock attacks against the U.S. Navy, in order to make political statements. Iran sometimes expands its territorial claims to the gulf area, in an attempt to justify stopping the flow of shipping, or attacks on aircraft or drones it claims to have entered its airspace. The Iranian Navy has also attempted to steal maritime drones / unmanned surface vessels (USVs) in the region.  In addition to its surface ships, part of the Iranian threat in the gulf is the possible use of its submarines against the commercial or naval vessels of other countries. So what are Iran's submarine capabilities, and do they pose a credible threat in the Gulf region?

Iran’s submarine force reportedly consists of around 26 vessels, mostly under the control of IRIN. Iran does not have any SSBNs (Ballistic Missile Submarines), nor SSNs (Nuclear-Powered attack submarines). It does however have around 6 SSKs (diesel-electric attack submarines) and around 20 SSMs (Mini Submarines). Iran also has a separate Naval force under its Islamic Revolutionary Guard Corps (IRGC). While the IRGC mainly uses fast attack craft for hit-and-run guerrilla missions, it may also make use of several of Iran’s mini-submarines.

Iran bought three Kilo-Class SSK submarines from Russia (known as Tareq-class in Iran). They are 74 meters long, displace 2325 tons, and can fire torpedoes as well as lay mines. Their effectiveness is somewhat limited in the Gulf as Kilo-class boats require a depth of at least 164 feet, which is only available in around one third of the shallow Gulf waters. These submarines are therefore usually deployed in the deeper Gulf of Oman, and possibly even into the northern Arabian Sea.

Iran also is reported to possess a few smaller SSK Iranian-built submarines. These might include a 1,200 ton prototype Besat-Class sub (also known as the Qaaem), and two 593 ton Fateh-Class subs. 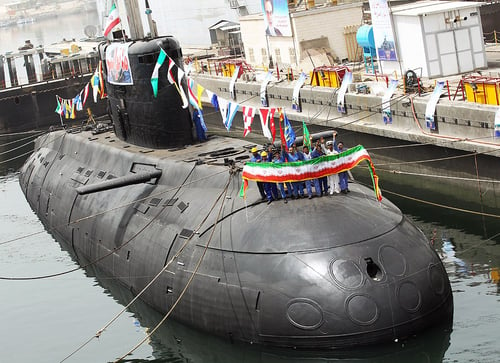 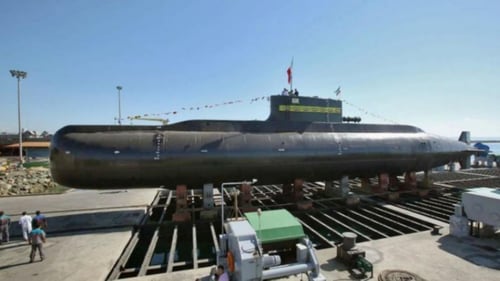 In addition to these medium-small subs, Iran has a large collection of between 14-20 Mini-Submarines. Most of these mini-subs are Ghadir-Class, with a 120 ton displacement, as well as an older and even smaller Nahang-Class sub that displaces 76 tons.

These coastal (littoral) submarines are well-suited to the shallow Arabian Gulf and Straits of Hormuz area, and can be used for short missions. The Ghadir-Class design is based on the North Korean Yono-class mini-sub. They are only 29-meters long, can reach speeds of 11 knots, and hold a crew of around 9 (with no living accommodations). Iran has made public its intent to use these subs as attack weapons against Western ships. In addition to torpedo and mine capability, during the Iranian naval exercise named Velayat-97, Iran claimed to have mounted Nasr-1 subsurface-to-surface missiles on these subs, enabling them to attack large surface ships. 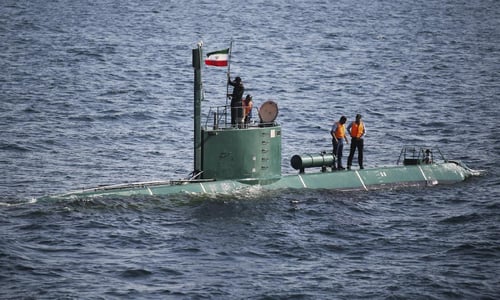 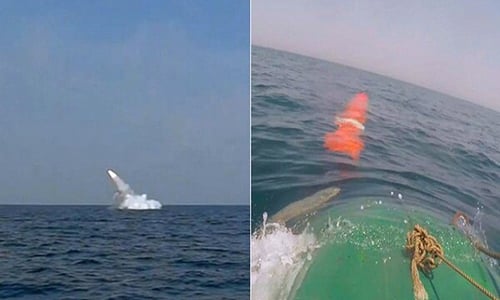 It has been observed that the Ghadir's two bow torpedo tubes are large enough to fire typical heavyweight torpedoes. It could also fire the infamous Russian Shkval rocket torpedo, which Iran reverse engineered and now reportedly produces, calling it the Hoot Torpedo. The Shkval is a super-cavitating torpedo that uses rocket exhaust nozzle at the front to vaporize the surrounding water, creating a gas bubble to "fly" though at speeds of over 200 mph.

Iran’s Ministry of Defense has further claimed to have armed these mini-subs with a new homing torpedo named “ValFajr”. Iran claims this torpedo has anti-jamming capability and is armed with an explosive warhead weighing around 220 kilos.

As well as mini-submarines, Iran's IRGC is reported to have a number of small submersibles. For example the Al-Sabehat 15, a GPS-equipped two-seat submersible Swimmer Delivery Vehicle (SDV). This sort of SDV could have been used by Iran to place Limpet mines on ships in the Gulf of Oman in 2019. The IRGC might also plan to use even smaller SDVs as manned torpedoes.

The U.S. Navy and the U.K. Royal Navy continue to provide security for commercial vessels operating in the Gulf region, as part of the International Maritime Security Construct (IMSC). While their usual mission is to aid smaller vessels that run into trouble, rising tensions with Iran might mean that they themselves could be targeted. As the conflict continues between Iran and its neighbors, and the commander of the IRGC threatens attacks on "American Targets" including US Navy ships, the possibility of new and unexpected types of attacks, including the use of submarines, should be considered.

The Iranian submarine force is not a global threat, and it is certainly no match for the overwhelming Anti-Submarine Warfare power of the US Navy. However, in the area of Iran’s territorial waters, its 28-vessel submarine force does have the capability of launching limited attacks against vessels, causing great damage before being destroyed. Despite their small individual size, the swarm of Iran’s mini-subs in the Gulf might constitute one of the highest concentration of submarines in any body of water. Therefore the possibility of a surprise saturation attack against commercial or naval vessels should not be ignored, and might even be considered a likely possibility.