Globe Composite Solutions is a Boston-based company, established in 1890 under the name Globe Rubber Works. Globe has expanded from primarily working with rubber, to become a modern, full-service, Design-to-Manufacturing company, providing a wide-range of composite-based solutions. While Globe engineers cutting-edge composites and uses the latest robotic production methods, after over 130 years, Globe also remains an expert in manufacturing the highest-quality rubber parts. So, what is rubber and why does rubber remain an important substance to Globe's Defense & Industrial customers? 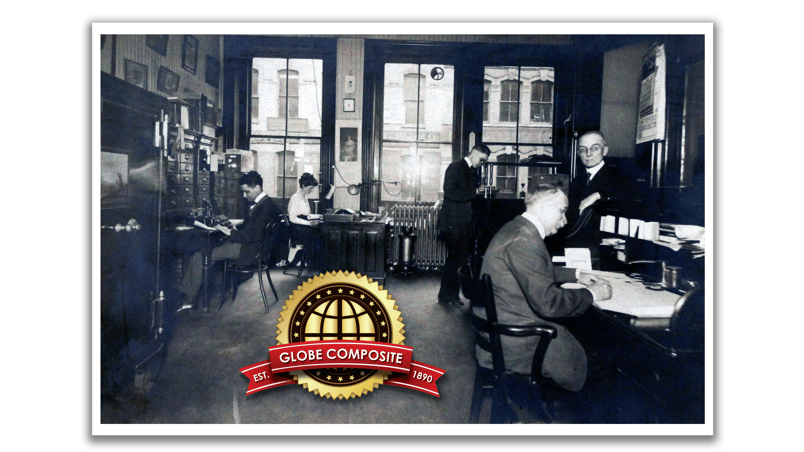 A Brief History of Rubber in Manufacturing

Natural rubber is made from the latex of certain plants. The white "sap" seen after plucking a dandelion is a form of latex and is thought to protect the plant from insects and other herbivores. While over 20,000 flowering plant species have this milky white liquid called "latex" in their cells, only 2,500 species have latex that also contains rubber. Furthermore, of those species only a handful have proved useful in producing quality rubber in a way that can be easily harvested. The most prized species originates in Brazil's Amazon rainforest, from a tree with the scientific name "Hevea brasiliensis".

The Mesoamerican peoples are known to have used various forms of rubber for centuries, and devised dipping cloth into latex sap to make waterproof containers. In the 1700's Europeans became aware of the substance, but it was treated as merely a scientific curiosity. Over time it was noted that a piece of this odd "gum elastic" material was extremely good for "rubbing off" pencil marks on paper, and due to that ability, the popular term "rubber" was coined to describe the substance. Naturally, the plant that produced the rubber soon became known as the "Amazon Rubber Tree".

A short while after that, rubber's usefulness in waterproofing shoes and jackets was further developed by the Scottish chemist Charles Macintosh. He placed a solution of rubber and naphtha between two fabrics and created a very effective "Mackintosh" raincoat. In the following years, Macintosh and his partner Thomas Hancock continued to discover methods to manipulate rubber for production, with solvents and additives that helped form and strengthen the rubber. 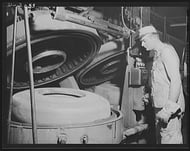 In 1839 Charles Goodyear developed the process of Vulcanization. In this process, rubber is mixed with Sulphur and heated, causing the formation of cross-links between long rubber molecules, improving elasticity, resilience, tensile strength, viscosity, hardness and weather resistance. Goodyear obtained a patent for his greatly strengthened 'Vulcanized Rubber', and his discovery made the modern rubber industry possible. The Goodyear Tire and Rubber Company was later named in his honor, and over the years developed many cutting-edge patents in the tire industry.

The rubber manufacturing industry continued to grow, with Brazil being the only source for Rubber Trees. Brazil tightly controlled rubber prices and outlawed the export of rubber seeds to other countries. However, in 1876 a few thousand seeds were smuggled out and were successfully sent to India, Singapore, and Malaysia. Within 15 years rubber production in the Malaysia area equaled that of Brazil.

In 1890 Globe Rubber Works was established in Boston. Just as the modern Globe Composite Solutions company is at the cutting edge of the ever-developing composite industry, Globe Rubber Works was started just as chemists and engineers were beginning to explore the many possible uses for rubber. By 1900, more than 40,000 tons of rubber were used in manufacturing each year.

By the 1940's and with World War II looming, the need for rubber in the Defense industry became of great concern to President Franklin D. Roosevelt. FDR was troubled over of the vulnerability of this "strategic and crucial material", and the U.S. dependence on supplies of natural rubber from southeast Asia. Acting swiftly, in June 1940 he formed the Rubber Reserve Company (RRC) to optimize rubber levels in America. The RRC acted to conserve, reclaim/ recycle, and stockpile as much rubber as possible. The president's plan started just in time, as in 1941, the Japanese invaded Malaysia and then Singapore, capturing 90% of the world's natural rubber. Soon afterwards, the Japanese attacked Pearl Harbor, and the U.S. entered the war. The work of the RRC was vastly accelerated after that and the top rubber manufacturers were asked to work together to produce as much synthetic rubber as possible. The RRC also contracted with universities and private organizations for research in the development of synthetic rubber. The RRC continued to work diligently in the following years, and the U.S. Synthetic Rubber Program had an important role in enabling the Allied Forces to ultimately win the Second World War. 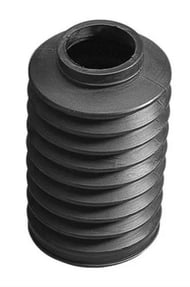 Today over 27 million tons of natural and synthetic rubber are used each year, in a variety of industries and applications. The greatest demand for rubber is overwhelmingly from the Tire industry, followed by Automotive parts, Footwear, and other Industrial uses.

Globe's Defense & Industrial customers still turn to Globe for custom-made rubber parts that are engineered to perform under the toughest conditions. Rubber remains an important material because it is still very well suited for many parts needing: shock absorption and anti-vibration buffers, a durable waterproof or air-tight seal or barrier, or for use as a flexible connector. Rubber can also be bonded to metal, to create parts with the stability of metal but the flexibility of rubber. In special cases where natural rubber or Buna-N rubber does not meet the exacting needs of Defense or Industry, companies such as Globe can develop proprietary rubber composite parts, that take the resilience of rubber to even higher levels.

In some cases, even a rubber-based composite cannot meet design specifications. A major concern for the U.S. Navy for example, were the Buna-N rubber gaskets used on its ships and submarines. Rubber gaskets created a good seal, but would degrade over time and extreme conditions, causing them to lose the standard needed to meet the extreme physical and dimensional requirements of a submarine part. A solution beyond rubber was needed for parts like these, where failure in the deep waters of open oceans was not an option. In this example, Globe Composite created high-strength gaskets for the U.S. Navy using a specially developed thermoset elastomer named Brandonite® 1200-60A. This flexible, high strength and highly elasticity material was created to combine: 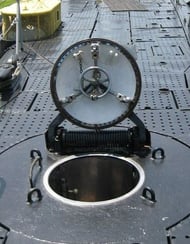 Creating a liquid-castable composite alternative to rubber, was also found to significantly reduce the presence of voids, while increasing the material's uniformity, allowing for a part of virtually any size without compromising strength due to knit-lines or compression zones. This method can also produce large parts with significantly lower tooling costs compared to traditional compression-molded, rubber products.  Globe's composite solutions such as this one, are now used throughout the U.S. Navy.

Rubber is truly an amazing substance that continues to make our modern life possible through its vital use in the automotive, marine, and medical industries. However, as new products are imagined to meet our evolving needs, new materials that outperform traditional rubber will become even more indispensable. Even Goodyear, the pioneer in the Rubber Industry, is engineering solutions that could totally disrupt the Automotive rubber industry they created. In addition to working on airless composite tires, the revolutionary self-regenerating 'Goodyear reCharge', is a concept tire that uses a customized liquid compound to automatically "regrow" the tire's tread as you use them. Globe has also grown beyond its roots in the rubber industry, to become an important full-service, design-to-manufacturing company, providing the composites needed to meet tomorrow's challenges.