What are Thermoplastic Polymers?

The Amazing Mr. Fantastic is a Thermoplastic

Thermoplastic polymers become pliable or mold-able when raised to a rather high, but very specific temperature and solidify upon cooling. The forces holding the molecules together in a thermoplastic, the inter-molecular bonds, weaken when the right amount of heat is applied.  The molecules of the plastic stretch further away from each other, like beads on an elastic charm bracelet or the metallic links on an elastic watchband, making the material softer and more pliable.  Add enough heat and the material melts into a liquid that can be used in injection-molding, compression molding, calendaring, and extrusion.

Run, Don't Walk from The Blob 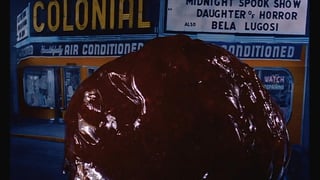 Although thermoplastic polymers can melt from a solid to a gel-like, non-Newtonian liquid (think The Blob or Play-Doh - technically liquids, but liquids that can hold some shape), to a pour-able liquid, thermoplastics don't degrade or decompose when changing state.  That is, thermoplastics don't break down when they melt.  The intermolecular bonds in the material stretch and become looser when molding, but they don't break.  The molecules never lose their connection to each other and reform to become some other material.  When a thermoplastic is heated, it's the same material as before it melted, while it was melted, and once it's cooled/reformed.  Just like Mr. Fantastic of the Fantastic Four, he can stretch and stretch but he's still fantastic. 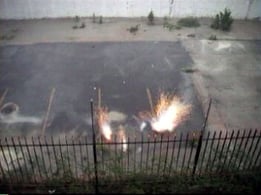 Sodium changes chemically when melting and explodes, unlike
a thermoplastic, which does not change when melting.

Think of water, as opposed to sodium. Water is H2O whether you freeze it, melt ice into liquid, or boil it into steam, it's still H2O.  You can even condense that steam, cool it to liquid, form it in a mold, and then freeze it again.  At the end, the molded ice-cube is still H2O and still retains all the properties of water.  Conversely, if sodium even hits the trace amounts of water in air, it starts to turn to sodium hydroxide immediately.  It becomes a different substance. It's no longer just sodium; it's molecules of sodium hydroxide.  Shortly, even the sodium in the sodium hydroxide will melt into the water. (The molecular bonds between the sodium and the hydrogen in the sodium hydroxide break. The sodium forms a new molecule with the water and some of the hydrogen is released.)  This gives off pure hydrogen -- which tends to spontaneously combust or self-ignite, so don't try this at home.

Weebles Wobble, but They Don't… 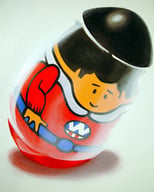 Long story, short, thermoplastics are like the water.  They keep all of their properties regardless of melting, molding, and reforming.  This ability makes thermoplastics perfect for a wide array of high-performance applications from light-weighting automobiles, to defense and military uses, to medical devices and prosthetics, to material handling.

Thermoplastics ideally are suited to any type of application requiring materials capable of withstanding:

Add in Globe Composite Solutions' adeptness at developing new, proprietary formulas and we can create a thermoplastic perfect at bearing anything you can throw at it … just ask Mr. Fantastic.