Globe Welcomes Rear Admiral Michael Jabaley to Board of Advisors 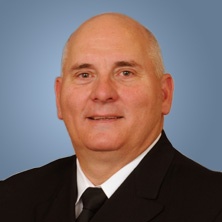 Globe Composite Solutions is pleased to announce the addition of RADM Michael Jabaley (USN retired) to our Board of Advisors.

Jabaley was selected for flag rank in 2011. His flag assignments include Naval Sea Systems Command (NAVSEA) vice commander, command of Naval Undersea Warfare Center and NAVSEA deputy commander for Undersea Warfare. Jabaley was selected for his second star in March 2015 and relieved as program executive officer (PEO) Submarines in October 2015. His portfolio includes the Ohio Replacement SSBN and Virginia SSN programs, which are the 2nd and 3rd largest programs in the Department of Defense.

A native of Jackson, Mississippi, Rear Adm. Michael Jabaley graduated with high honors from Vanderbilt University in 1984 with Bachelor of Science in Mathematics and Computer Science, and was commissioned via Officer Candidate School in Newport, Rhode Island.

Jabaley holds a master’s degree in engineering administration from Virginia Tech, a master’s degree in business administration from the Naval Postgraduate School, and is a graduate of the Command and Staff Course of the Naval War College and of the Joint and Command Staff Officer School of the Armed Forces Staff College (National Defense University).

His awards and decorations include the Legion of Merit and the Bronze Star. He is the first recipient of the Naval Submarine League’s Vice Admiral J. Guy Reynolds Award for Excellence in Submarine Acquisition. He is proudest of the accomplishments of his crew in earning the SUBRON-3 Battle Efficiency Award, awarded to USS Louisville in January 2004, and the accomplishments of his staff in earning the David Packard Excellence in Acquisition Award, awarded to the Virginia Program Office in October 2008.